Much of New York-based artist Richard Renaldi's work takes the form of impromptu, spontaneous portraiture. Using an old-fashioned looking camera, Renaldi hit the sidewalks of New York City's Madison Avenue in search of all the different personalities that populate this area known for its opulence and wealth. Renaldi's resulting images feature a vast variety of people dressed to convey a certain image as they make their way down the Avenue. He captures grand dames, children born into wealth, people who may have struggled hard to achieve theirs, and others who just want to blend in while working or window shopping. Renaldi has several other series that focus on locations and the people that populate them. Some of his most acclaimed works are images of people living with AIDS and HIV. 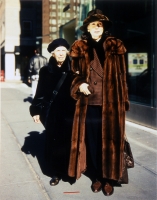 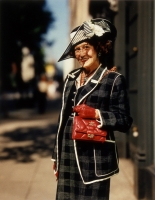