Brooklyn-based artist Roger S. Campbell is known for collecting discarded matresses and painting them. He titles the works according to their brand names, which tend to have an overly-dramatic humorous appeal, and he often uses the mattresses themsleves as canvases for his paintings. Painting these throw-away objects forms a curious personal bond between him and other peoples' intimate property. His decision to paint mattresses elevates their status to prized subjects worthy of portraiture. 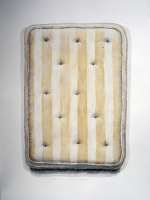 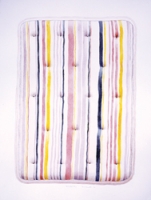 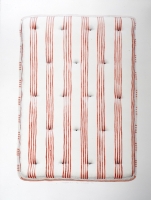