After studying art in Germany, Donald Baechler returned to the United States just as Neo-Expressionist painting was becoming popular. Baechler began exhibiting in New York City in 1980 and became associated with this movement, along with contemporaries like Keith Haring and Jean-Michel Basquiat. Neo-Expressionistic works are characterized by the use of exuberant colors and energetic physical artistic processes. Baechler's works also offer lots of Pop imagery with his implementation of commercial icons and symbols. 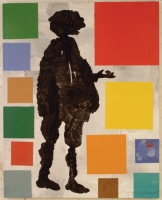 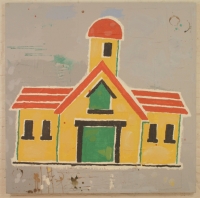